Do you speak English? or google translate it? 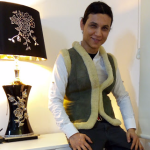 Sorry; Google is not good enough at translating!

Do you speak English? If not, you probably use Google translate. But that won’t work when the question is a real interaction. This is not what people expect from Google and they even make fun out of Google Translate’s sentences. 🙂 Because, Google’s probably doing its best with the most advanced information technologies. But it is still not properly sufficient in some aspects. And the technology, in general, is good enough to substitute a machine instead of a person in many sectors. But when the question is a communicative Language; technology, computers, and programs are not more than what you give. So nothing digital has a remarkable promise for the near future about a solution in the translating sector. Here is a link to what others think about it

Do you speak English?

Learning a language at a good level (or until your best) is an important qualification for an individual in a non-English speaking country! The world is changing and it is the age of the internet. So, why don’t you learn a second language instead of trusting cyber thinking machines that are not good at thinking like a human being? No matter what your native language, another language is a must! Especially English is the most commonly used foreign language.

Its sentence structuring is definitely easier than other languages. Many of the European languages have more grammatical rules, conjugations, and more exceptions compared to English. If the question is communicating, the preferred language should be easy to imitate and let its users construct subsequent expressions and sentences easily, rather than coercing its users to learn more forms of the verbs and nouns with more conjugations.

What meant in this article is certainly not a comparison of the value of a language. Cause in the end; all the languages are a harmony of voices in the mind of its users that fall upon to the sounds of voices which we call ‘words’. If you like to know why and what refrains us in learning systems and speaking English check the highlighted link

Mission to Mars is hardly a 2-way ticket?

Learn WordPress and be better at it

Mission to Mars is hardly a 2-way ticket?